In the era of time and technology is competing, we are moving with self-confidence.
22Pages 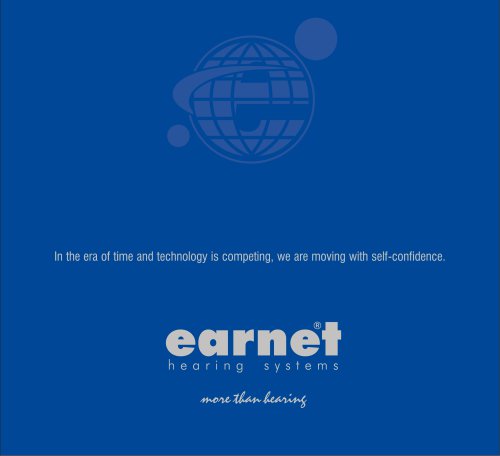 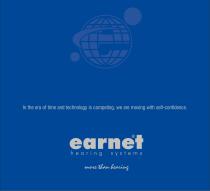 In the era of time and technology is competing, we are moving with self-confidence. hearing systems 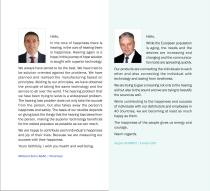 In the core of happiness there is hearing, in the core of hearing there is happiness. Hearing again is a hope; in this journey of hope solution is sought with superior technology. We always have aimed to be the best. We have tried to be solution oriented against the problems. We have planned and realized the manufacturing based on principles. Abiding by our principles, we have obtained the principle of taking the same technology and the service to all over the world. The hearing problem that we have been trying to solve is a widespread problem. The hearing loss problem does not only take... 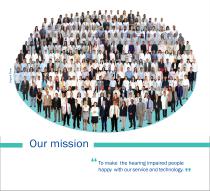 To make the hearing impaired people happy with our service and technology.

It was established in Siegen, Germany in 1972. Produced audiological equipments and has scored more than 70 audiological software. Between 2001-2003, Ear Technic made researches, preparations and completed the certifications which required internationally and began to manufacture Today, manufacturing in the modern superior techno- logy plants of Corlu European Free Trade Zone and Industrial Estate, Ear Technic has become an interna- tional powerful superior technology manufacturer with approximately %20 growing per each year. Caught the fastest and stable growth trend of the sector. It runs... 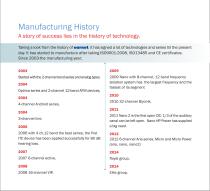 Manufacturing History A story of success lies in the history of technology. Taking a look from the history of earnet, it has signed a lot of technologies and series till the present day. It has started to manufacture after taking IS09001:2008, IS013485 and CE certificates. Since 2003-the manufacturing year; Started with the 2-channel trend series and analog types. Optima series and 2-channel 12-band AFM devices, 2006 with 4 ch,12 band the best series, the first ITC device has been applied successfully for 80 dB hearing loss. 2009 Nano with 8-channel, 12 band frequency isolation system has... 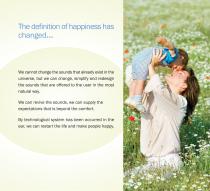 We cannot change the sounds that already exist in the universe, but we can change, simplify and redesign the sounds that are offered to the user in the most We can revive the sounds, we can supply the expectations that is beyond the comfort. By technological system has been occurred in the ear, we can restart the life and make people happy. 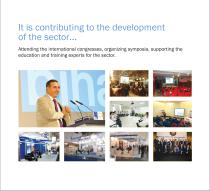 Attending the international congresses, organizing symposia, supporting the education and training experts for the sector.

Solution-oriented technologies and more are in 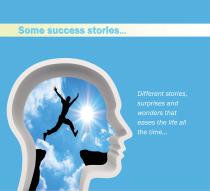 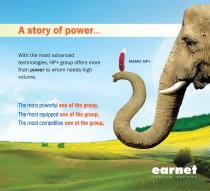 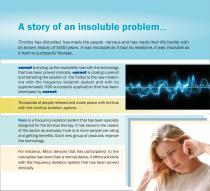 A story of an insoluble problem... Tinnitus has disturbed, has made the people nervous and has made their life harder with its known history of 5000 years. It was insoluble as it had no medicine, it was insoluble as earnet is ending up the insolubility now with the technology that has been proved clinically, earnet is closing a period and transiting the solution of the Tinitus to the new modern era with the frequency isolation system and with its approximately %90 successful application that has been Thousands of people relieved and made peace with tinnitus with the tinnitus isolation... 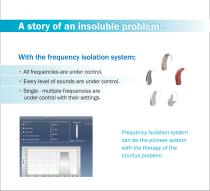 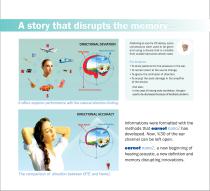 A story that disrup It offers superior performance with the natural direction-finding. DIRECTIONAL ACCURACY The comparison of direction between BTE and Nano2. Preferring to use the ITC device, some concessions were used to be given and using a device that is invisible from outside had some certain costs. •To show patience for the pressure in the ear, •To remain silent to the sound change, •To ignore the confusion of direction, •To accept the early damage in the amplifier In the case of having wide ventilation, the gain used to be decreased because of feedback problem. Informations were... 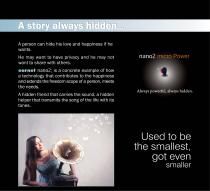 A^'toT?/ irltlrlsTu A person can hide his love and happiness if he He may want to have privacy and he may not want to share with others. earnet nano2; is a concrete example of how a technology that contributes to the happiness and extends the freedom scope of a person, meets A hidden friend that carries the sound, a hidden helper that transmits the song of the life with its Always powerful, always hidden.

Open the catalog to page 14 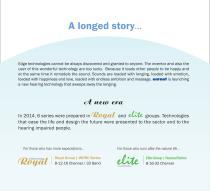 Edge technologies cannot be always discovered and granted to anyone. The inventor and also the user of this wonderful technology are too lucky. Because it leads other people to be happy and at the same time it remodels the sound. Sounds are loaded with longing, loaded with emotion, loaded with happiness and love, loaded with endless ambition and message, earnet is launching a new hearing technology that sweeps away the longing. that ease the life and design the future were presented to the sector and to the hearing impaired people. In 2014, 6 series were prepared in (Jifryxit groups.... 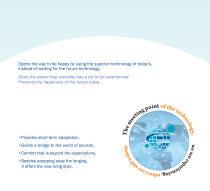 Opens the way to be happy by using the superior technology of today's, instead of waiting for the future technology. Gives the aware that everyday has a joy to be experienced. Presents the happiness of the future today. • Provides short term adaptation. • Builds a bridge to the world of sounds. • Comfort that is beyond the expectations. • Besides sweeping away the longing, it offers the new living style.

Open the catalog to page 16

Those who needs sound, loves the different stories, Those who sees the life actively, Those who misses the happines, surprises from earnet that sets the ties between technology and people. International Success earnet is increasingly gaining the appreciation of the hearing experts and the users with a wide range of products and the technologies that make difference. The sales network is getting stronger day by day, it is getting different with the concept of service and the quality. Each sales point is be- ing analyzed and controlled meticulously as if they are the only one sales point. In...

Open the catalog to page 17