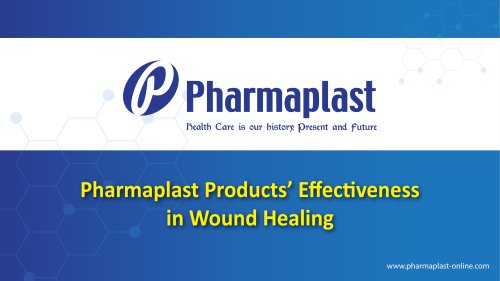 NAME: R.GUNER TURKEY He lost his right arm and right paralytic because of electric shock. In 2010, 3cm diameter and 1,5 cm depth whole had been occured on his foot base. It’ s an almost 7 year old wound. on his treatments there had been no cure. On 2016, february, his 2 ﬁngers of foots was cut. Then, on 15 th July 2016, doctors decided to cut his foot. At that time, as an volunteer user, on 2016, May, he decided to use absoclear in stead of cutting hıs foot. After using that, on 2016, September, the wound has lost. Absoclear® & Absoclear® Comfort

All Pharmaplast catalogs and technical brochures