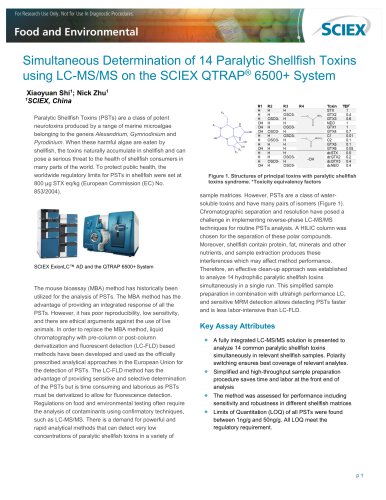 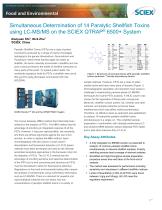 Simultaneous Determination of 14 Paralytic Shellfish Toxins using LC-MS/MS on the SCIEX QTRAP® 6500+ System Xiaoyuan Shi1; Nick Zhu1 SCIEX, China Paralytic Shellfish Toxins (PSTs) are a class of potent neurotoxins produced by a range of marine microalgae belonging to the genera Alexandrium, Gymnodinium and Pyrodinium. When these harmful algae are eaten by shellfish, the toxins naturally accumulate in shellfish and can pose a serious threat to the health of shellfish consumers in many parts of the world. To protect public health, the worldwide regulatory limits for PSTs in shellfish were set at 800 μg STX eq/kg (European Commission (EC) No. 853/2004). SCIEX ExionLC™ AD and the QTRAP 6500+ System The mouse bioassay (MBA) method has historically been utilized for the analysis of PSTs. The MBA method has the advantage of providing an integrated response of all the PSTs. However, it has poor reproducibility, low sensitivity, and there are ethical arguments against the use of live animals. In order to replace the MBA method, liquid chromatography with pre-column or post-column derivatization and fluorescent detection (LC-FLD) based methods have been developed and used as the officially prescribed analytical approaches in the European Union for the detection of PSTs. The LC-FLD method has the advantage of providing sensitive and selective determination of the PSTs but is time consuming and laborious as PSTs must be derivatized to allow for fluorescence detection. Regulations on food and environmental testing often require the analysis of contaminants using confirmatory techniques, such as LC-MS/MS. There is a demand for powerful and rapid analytical methods that can detect very low concentrations of paralytic shellfish toxins in a variety of Figure 1. Structures of principal toxins with paralytic shellfish toxins syndrome. *Toxicity equivalency factors sample matrices. However, PSTs are a class of watersoluble toxins and have many pairs of isomers (Figure 1). Chromatographic separation and resolution have posed a challenge in implementing reverse-phase LC-MS/MS techniques for routine PSTs analysis. A HILIC column was chosen for the separation of these polar compounds. Moreover, shellfish contain protein, fat, minerals and other nutrients, and sample extraction produces these interferences which may affect method performance. Therefore, an effective clean-up approach was established to analyze 14 hydrophilic paralytic shellfish toxins simultaneously in a single run. This simplified sample preparation in combination with ultrahigh performance LC, and sensitive MRM detection allows detecting PSTs faster and is less labor-intensive than LC-FLD. A fully integrated LC-MS/MS solution is presented to analyze 14 common paralytic shellfish toxins simultaneously in relevant shellfish samples. Polarity switching ensures best coverage of relevant analytes. Simplified and high-throughput sample preparation procedure saves time and labor at the front end of analysis The method was assessed for performance including sensitivity and robustness in different shellfish matrices Limits of Quantitation (LOQ) of all PSTs were found between 1ng/g and 50ng/g. All LOQ meet the regulatory require 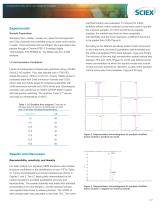 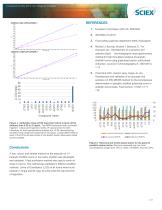 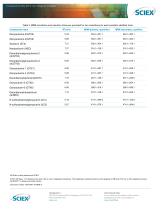 Table 2. MRM transitions and retention times are provided for two transitions for each paralytic shellfish toxin . Compounds name MRM (primary, quantifier) MRM (secondary, qualifier) AB Sciex is doing business as SCIEX. © 2019 AB Sciex. For Research Use Only. Not for use in diagnostic procedures. The trademarks mentioned herein are the property of AB Sciex Pte. Ltd. or their respective owners. AB SCIEX™ is being used under license. Document number: RUO-MKT-02-9468-A Headquarters International Sales 500 Old Connecticut Path | Framingham, MA 01701 USA For our office locations please call the...

All SCIEX catalogs and technical brochures